Nestled in the Cape Overberg, neighbouring the seaside town of Struisbaai, one finds the tiny, coastal-lying village of L’Agulhas. Blink and you might miss it. Diminutive though it may be, L’Agulhas is home to a few hidden gems. Including the Agulhas National Park, a wonderful local attraction and natural haven, and the southernmost tip of Africa where the two oceans famously meet.

This beautiful park is also an ancient cultural- and natural- heritage site that dates back thousand of years.

According to SANParks, the cultural aspect dates back to “…when the Khoi-khoi people trapped fish using ingeniously constructed tidal traps.” Later, in the early 1770s, European settlers arrived in the area – and by the 19th century, the land just inland from here was already being farmed.

The Agulhas National Park covers some 20, 959 hectares and is 72 km long. Within it lies some 60 km of rocky, jagged shoreline and 45 km of sandy beach, continuously kissed by crashing waves.

Aside from its richly vegetated, rugged coastal plains, this national park is an iconic South African destination and local attraction that affords visitors the unique opportunity to stand at the southernmost tip of Africa.

Although many people mistakenly assume the two oceans, Atlantic and Indian, meet at the Cape of Good Hope – it is actually here that they famously come together.

Agulhas National Park: A Place of Overberg Attractions and Adventure

In addition to this unique natural phenomenon, visitors can also see the second oldest operational lighthouse in South Africa. The Cape Agulhas Lighthouse and Museum was built to aid early explorers. This key coastal building even houses a lighthouse museum that is apparently worth a visit.

Beyond this, there is also wonderful hiking, shipwreck sightings, birdwatching, fishing, accommodation and much more to unearth here.

Due to the impossibly dangerous nature of this shoreline – many ships, travelling east via Cape Agulhas, have been wrecked here over the years.

These include the Zoetendal, Birkenhead and Armiston to name only a few. (Reclaimed goods and pieces salvaged from these shipwrecks can be seen at the Bredasdorp Shipwreck Museum.)

Visitors to Agulhas National Park can also take a short walk/hike to a local shipwreck. This is because the Meisho Maru 38 lies shipwrecked just offshore within the park and is well-worth seeing.

Cape Agulhas Lighthouse: A Beacon of Hope and National Monument

To prevent further loss of life and wreckage, the Cape Agulhas Lighthouse was commissioned on 1 March 1849. Inspired by Egypt’s (Lighthouse) Pharos of Alexandria, this characteristic red-and-white, sandstone building is certainly one of the park’s most iconic features.

Personally, I love viewing it best from the wooden walkway that snakes through the park.

The park is a popular local attraction. Especially in summertime when visitors descend of both L’Agulhas and Struisbaai for their festive/summer break. This means it can get quite busy. This is especially true at the landmark site where you can stand at the southernmost tip of Africa. (Tip: Patience is a virtue if you want to pose for a photo here!)

Walking through the park is pleasantly easy, thanks to the beautiful, well-maintained wooden walkway. This allows you to soak up the scenery with ease.

Boulders covered with orange lichen, jagged rocky outcrops and wild waves are all a key feature within the park. So, too, is the unique natural flora and fauna found here.

The Agulhas Plain features diverse flora and vegetation, like limestone fynbos and beautiful season flowers. (The flowers predominantly bloom from May through to September).

What I love most about the park is the unique coastline that looks at once harsh and unforgiving – and yet also endlessly beautiful and tranquil in its own way.

Local Attractions in and around L’Agulhas

The Overberg Region is home to many attractions and for those visiting Struisbaai or L’Agulhas, there are a number of interesting things to see and do.

Aside from the many beautiful beaches in the region, there is also the Agulhas Wine Triangle; several museums (including the Bredasdorp Shipwreck Museum, Cape Agulhas Lighthouse Museum and Elim Heritage Centre); 4×4- and hiking-trails; seasonal whale watching; swimming and surfing; excellent birdwatching and rock angling too. 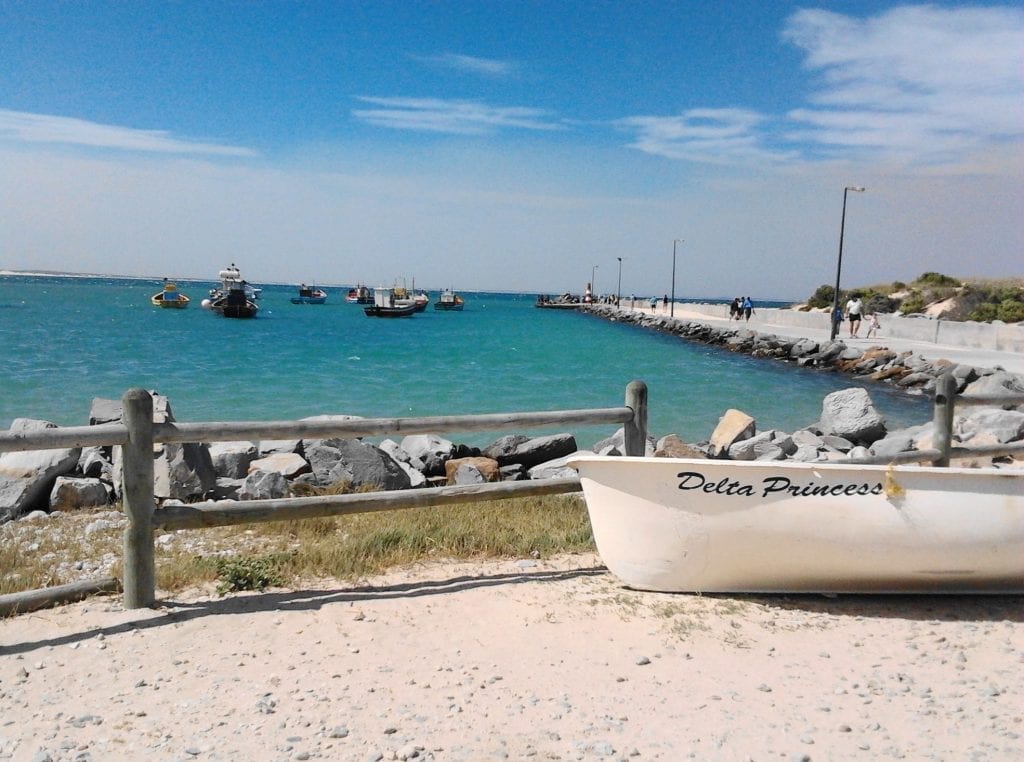 If you’d like to explore the park to a greater degree or are eager to spend a few days in the area, there are guest cottages and rest camps found within the park.

Local towns and villages, like L’Agulhas, Struisbaai and even Bredasdorp, also usually have accommodation gems available, especially during summer and over the festive season. (Although advance booking is recommended as these often fill up months in advance!)

For more information on and rates for Agulhas National Park, please visit the SANParks website or contact: +27 (028) 435 6078 or agulhasinfo@sanparks.org.

Personally, I always find myself back in this unique region, answering its siren’s call – and now, I hope so will you! 🙂