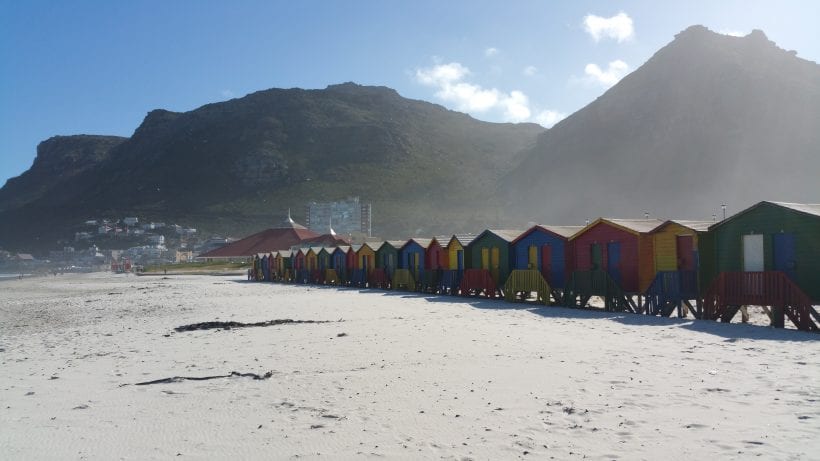 It’s been some time since I sat down to blog – what with work and my Journalism internship – but I hope this post will make for a good return, for with it come a few recommendations of fun and relatively cheap things to do when visiting the False Bay coast – and areas like Muizenberg, Kalk Bay and our very own naval-inclined, Simon’s Town and Cape Point beyond.

On a Friday evening in early September, my boyfriend and I travelled through Cape Town’s Southern Suburbs, along the N2 (which later feeds into the M3), as we headed towards our first (and much-needed) weekend getaway together in what eventually ended up being in the marvellous surfers’ haven, Muizenberg.

Booked into a charming, little granny flat/apartment called the Sugarbird Apartment – which we can both strongly recommend and that is situated only a few blocks up from Surfers Corner and Muizenberg Beach – we were both really looking forward to this spring excursion.

Muizenberg has grown quite a bit, both in terms of popularity and food culture, since I lasted visited in 2014 with my older brother and his girlfriend.

Now, it seems, it’s a popular destination among tourists and local visitors alike, and especially on Sundays, this entire stretch of glorious False Bay coastline, from Muizenberg right round to Cape Point, buzzes.

Pop by the Blue Bird Garage Market (Fridays only)

After we’d settled into Sugarbird, we walked through the relatively sleepy, suburban-seaside streets in the dark, guided by the streetlights, to the ever-popular Blue Bird Garage Food and Goods Market, which, since 2010, has run every Friday night from 16:00pm – 22:00pm, situated at 39 Albertyn Road in what was formerly a postal plane hangar.

Once inside, we saw for ourselves the market’s popularity (and why our host had suggested it to us) and I must say, when we visited that night, it was pretty hard finding space to navigate about.

We made our way through the building, past vintage clothing, books, clothing, flowers and more, as the mingled aromas of smoke and cooking food mixed, complementing the chatter and playing music, to check out each food stall for ourselves.

There was a mouth-watering selection of food and drinks (including craft beer) available for purchase, with benches in the centre of the room.

However, as with most markets, the pricing goes a little above that of supermarket stores. We saw falafels, tasty sweet treats, burgers, seafood and so much more on our brief tour of the place before we headed to Surfers Corner for a more quiet meal nearer those restless waters.

The following day, we braved the wind and managed to walk some way along Muizenberg Beach, which is a famous surfing spot and sadly, like the other False Bay beaches, has to be carefully monitored due to the risk of sharks in its waters. 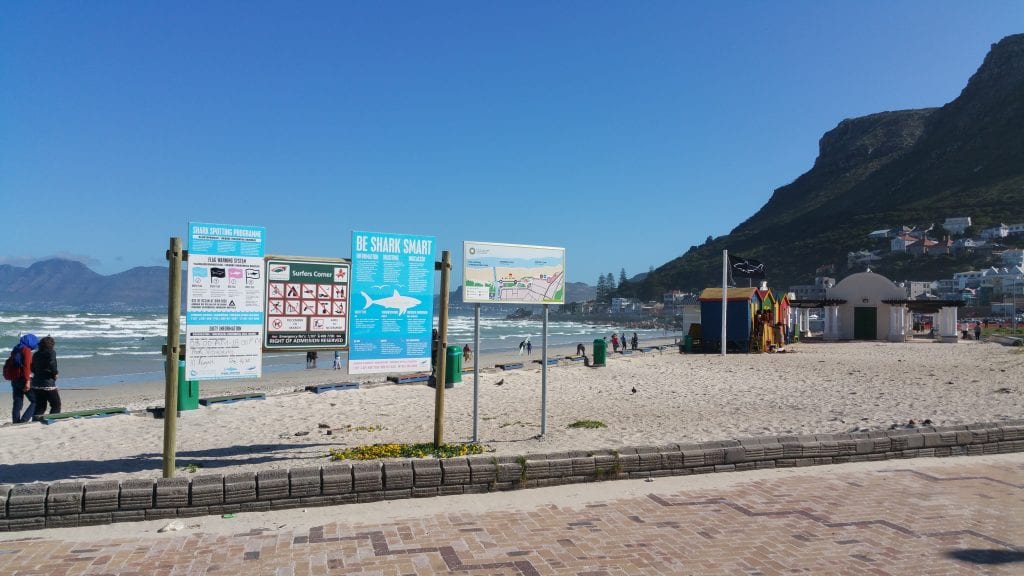 That weekend, the water was indeed very choppy and overrun by white horses breaking against the shore, so there weren’t many people near the water (barring a few surfers) and the wind did make our beach stroll somewhat challenging but we still enjoyed strolling along Muizenberg’s pale sand past the delightful and colourful wooden change-room ‘houses’, for which it is also famous. 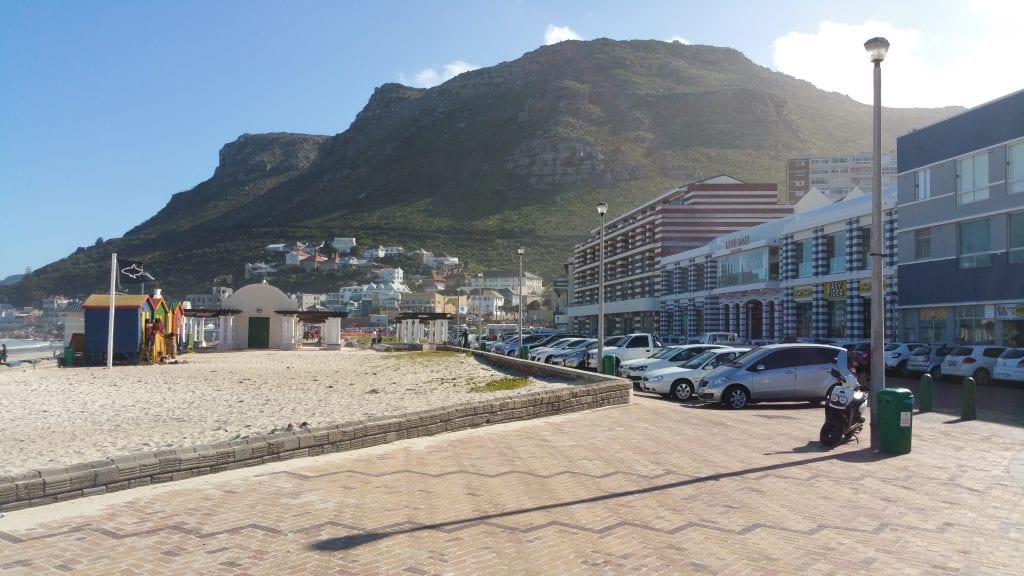 If, like me, you enjoy looking for seashells, you may have trouble finding any but there’s a lot to do in at this beach, including cautionary swimming (please take note of the shark warning flags, with their colour changes), surfing, beach fun and more. 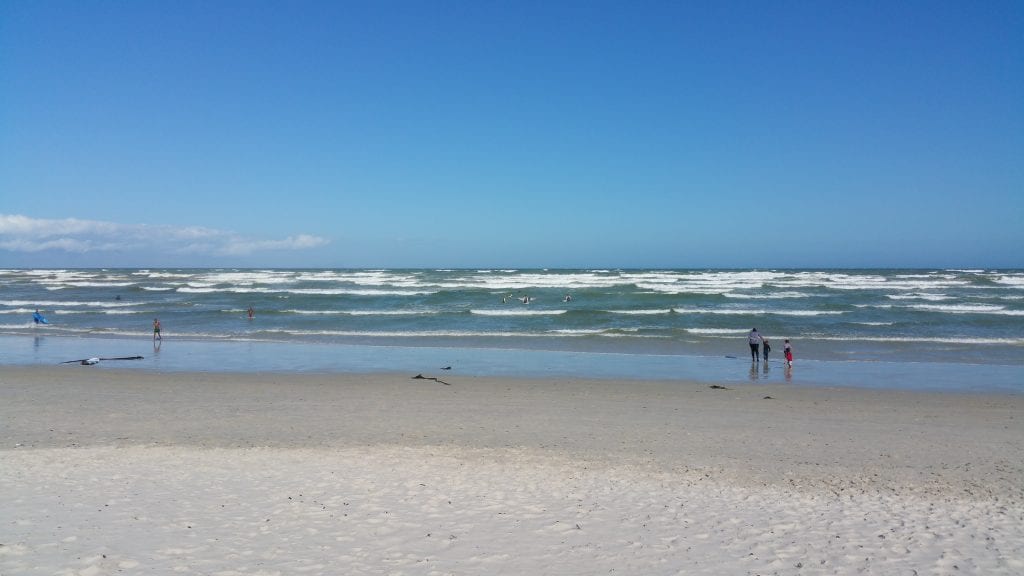 Kalk Bay and its quaint harbour

Nearby Kalk Bay is always one of the area’s firm favourites and with its charming, cheery harbour, old monuments flanked by stunning ocean views, good restaurants and trendy boutique shops and cafés, it’s no wonder.

Before you reach Kalk Bay, St James’s beach, though small, is a fun spot to visit but it’s the harbour, restaurants, shops and walkways that really draw the crowds, especially on Sundays when the weather is as fair as it was that Sunday.

We, sadly, didn’t have any luck getting into the harbour (there were cars literally parked off the road waiting to get in) and I was quite disappointed by this, as one of my earliest and best memories of Cape exploration (when I first moved here with my family as a child) was born there.

Still, if luck is on your side (as it was when I previously visited some two years ago), you’ll manage to get into the harbour and eat, explore or check out the fresh catches. 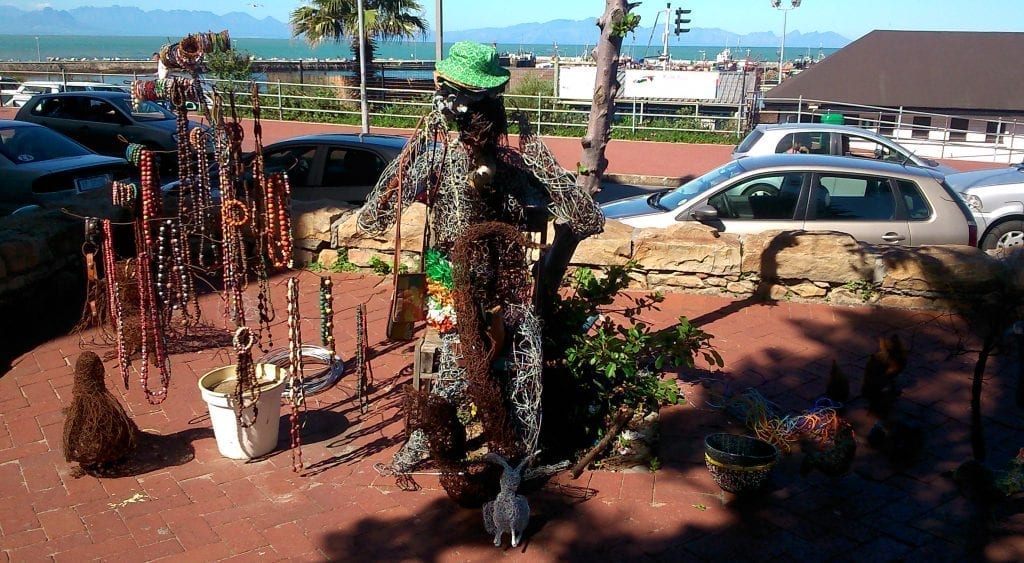 Some notable restaurants and cafes to try (to name but a few) include: Kalky’s, the Brass Bell, Harbour House and Olympia Café. 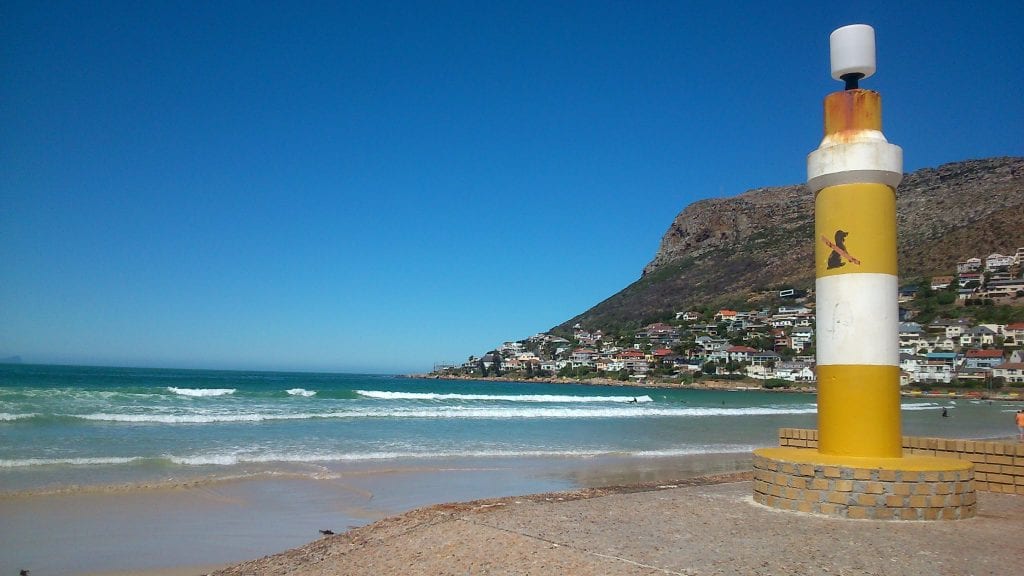 My brief disappointment after the harbour soon evaporated as we curled along the road and into Fish Hoek. We got out at Clovelly Beach (again, this was full of people, as was Muizenberg beach that day) and had a wonderful time walking its smooth stretch of strand, with the impressive False Bay coast and Hottentot mountains in the distance.

Then, we walked along what we soon discovered to be Jager’s Walk. With its wild spring flowers, tumbling shrubbery, which lines the gravelly walkway, and colourfully painted benches, this is a particularly lovely walk and you can go quite far.

We enjoyed taking in the spring flowers and aqua waters and further along, we even discovered that there’s a rock pool wherein a group of tweens were swimming.

After we had packed and thanked our lovely and unobtrusive hosts for a wonderful weekend stay, we bid farewell to Muizenberg, as the day was leaning fast towards early evening, and made our way into Simon’s Town.

This is always a favourite of mine and it’s worth spending a full day here alone. The same applies to the nearby Cape Point, which is a fiercely wild and beautiful place… but you can read more about those in my other posts.

Enjoy the beautiful, somewhat breath-taking roadside views as you navigate around the coastline, past Smitswinkel Bay until you reach the entrance to Cape Point and Cape of Good Hope. Beyond, you’ll see the ostrich farm and drive through an avenue of trees reminiscent of King’s Road in Game of Thrones.

We were strangely fortunate that afternoon because we literally had that stretch of road entirely to ourselves, as proteas and other pretty Cape flora flitted by.

From there, we entered into Scarborough, a place I had little explored, and stopped at the beach for a sunset and meal of note. The beach was surprisingly busy for that time of day but this beach is really worth a visit if you have the time and is now one of my favourite beaches.

Then, it was on to Misty Cliffs and as dusk fell, slowly enveloping us in darkness, as the first stars tiptoed across the young night sky, the soothing light of Kommetjie’s Slangkop lighthouse (also worth a visit) and distant ships at sea came into view.

Noordhoek, Chappies and Hout Bay – and Ou Kaapse Weg and Silvermine too

There are so many stunning spots to see and explore in the area but Noordhoek Beach and the world-famous and vastly impressive Chapman’s Peak Drive are always good ideas!

Chappies was not meant for us that day though, as it’s definitely best appreciated during the light of day so instead, we headed back into the Mother City via Ou Kaapse Weg, which runs past Silvermine Nature Reserve, yet another favourite of mine that I long to return to, and into the lovely Tokai before we finally reached the city centre after our magical time away.

If you prefer another route back, then of course via Chapman’s Peak, and Hout Bay and Camps Bay thereafter, is the way to go and I strongly recommend that trip – but personally, Ou Kaapse Weg and Tokai also never fail to impress me, even under the cover of darkness, with nothing but city lights burning orange far below…