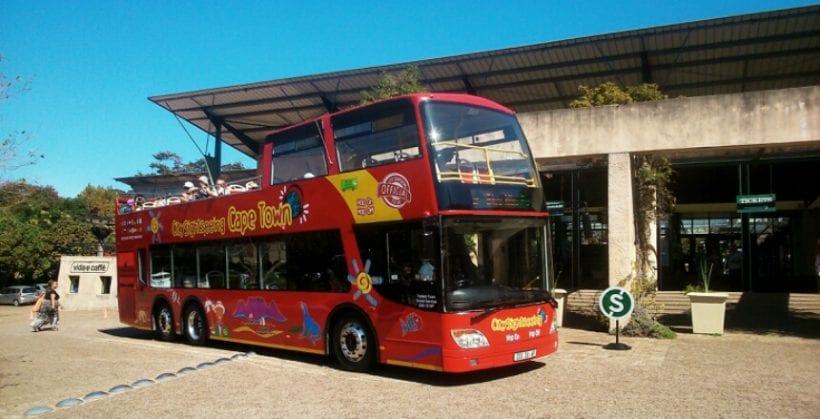 In  April,  I  finally  had  the  chance  to  ‘hop  on,  hop  off’  one  of  the  Mother  City’s  most  familiar  sights:  the bright  red,  open  top  CitySightseeing  Cape  Town  buses.  These  buses  exist  in  cities  worldwide  –  and  ever since  I  first  discovered  the  sightseeing  tours  on  offer,  I  have  felt  we  are  strangely  blessed  to  be  among one  of  these  global  cities,  which  CitySightseeing  and  their  characteristically  colourful  buses  frequent, granting  even the stoutest  local  the  chance  of  a unique,  almost  international  experience. 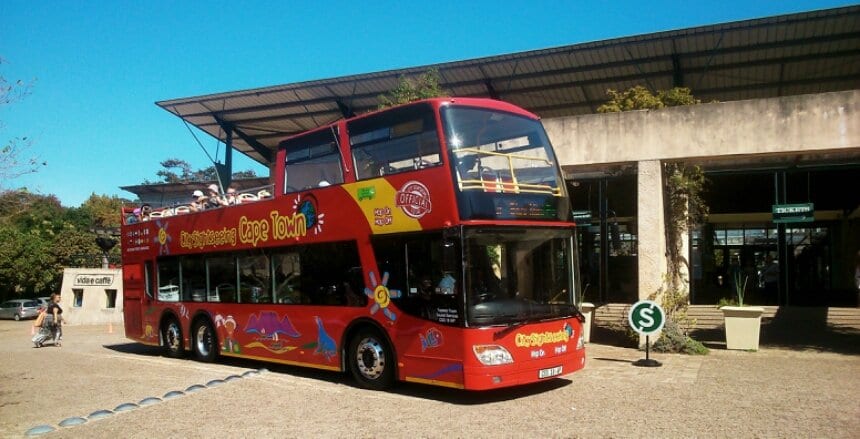 Although  originally  brought  to  us  from  overseas  (where  their  global  reach  ever  increases;  you can view the full list here),  CitySightseeing  now  offers  Cape  Town  and  its  visitors  a  great  selection  of  tours,  as  well  as catering  for  visitors  to  Johannesburg!  Currently,  those  are  the  only  South  African  cities  where  they operate  –  though  perhaps  they  will  expand  locally  in the future too.

The  idea  of  CitySightseeing  tours  was  born  some  eighteen  or  so  years  ago  in  Seville  (this  is  still considered  the  “back  bone”  of  their  worldwide  operations),  and,  after  the  concept  was  launched  in London at  the  1999  World Travel  Market,  the franchise  ushered  in the new  millennium  by  starting  out with  a  four  tours  in  a  “joint  venture  between  UK-based  Ensign  Bus  and  newly  established  City Sightseeing  Spain”.

Today,  their  buses  are  easily  recognisable  in  nearly  a  hundred  global  travel  destinations  and  span  across six  of  our  seven  continents.  Furthermore,  each  tour  is  unique,  not  only  to  its  country,  but  also  to  its  city and  the  most  popular  and/or  fascinating  historic  and  beautiful  landmarks  found  locally  in  these  places. In Cape  Town, one  such  natural  landmark  is  Table  Mountain.

At  the  eleventh  hour,  we  switched  from  the  Sunset  Bus  Tour  to  the  Blue  Bus  Tour  because  of  time constraints  but  honestly, the Blue  Tour  was  always  the  one  I  had  personally  earmarked, especially  as  it would allow  us both  to visit  the beautiful  Kirstenbosch  Botanical  Garden  for  the  first  time. 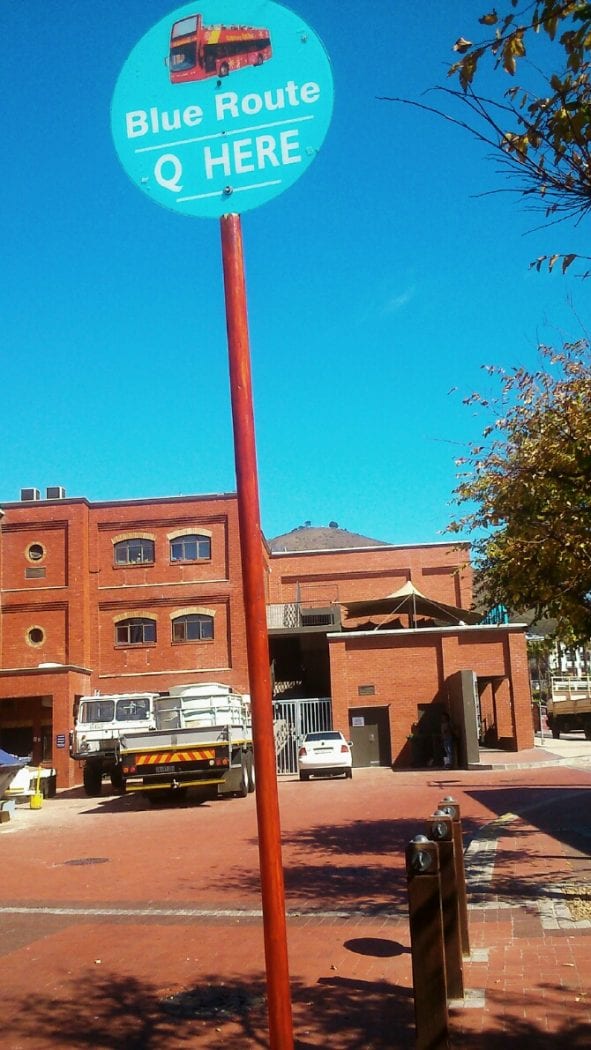 Our  return  journey  was  particularly  beautiful  as  it  was  nearing  sundown  and  the  coastline  looks absolutely  breath-taking, especially  on a clear  day!

When  you  purchase  your  ticket,  you  receive  free  earphones  to  use  with  your  audio  guide/commentary. This  provides  you  with  fascinating  local  tales  (discover  the  real  reason  behind  the  city’s  unfinished elevated  highway),  interesting  information  about  places  like  the  Cape  Town  Convention  Centre  or  V&A Waterfront,  and  also  gives  you  a  sample  of  local  music  and  artists  such  as  Freshly  Ground.

You  can change  the  language  settings  (there  are  16  available  languages)  and  adjust  the  volume  as  desired.  This as  fun  and  engaging,  and  we  chatted  amongst  ourselves  whilst  listening  in  on  the  audio  so  don’t  worry about  being  disconnected  from  your  companions or  surroundings.  🙂

Some  of  my  favourite  bits  of  information  included  a  humourous  tale  about  John  Lennon’s  stay  at  the esteemed  Mount  Nelson Hotel  and other  new,  insightful  facts about  my  city.

Many of  the  sights  I  was  well-acquainted  with  but  I  loved  watching  the  other  passengers  and  my  friend taking  in the new  sights,  and  pointing  out  various landmarks and fun places to visit  to her.

You  pass  through  Long  Street  and  then  on  through  the  city,  passing  the  well-known  Labia  Theatre, Company  Gardens  and  Mount  Nelson  before  entering  upper  District  Six  and  curling  around  Table Mountain’s  lower  reaches  (from  the  Devil  Peak’s  side),  as  you  make  your  way  into  Constantia  and  on to the picturesque  Kirstenbosch Botanical  Gardens. 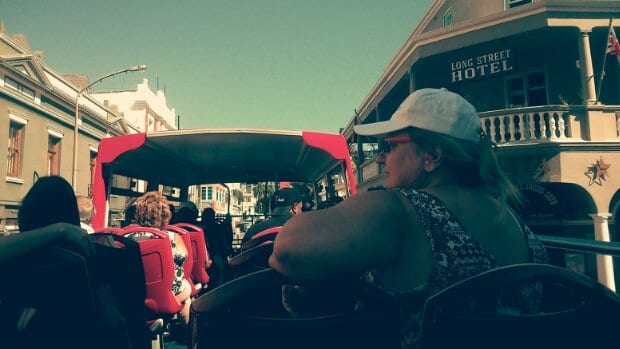 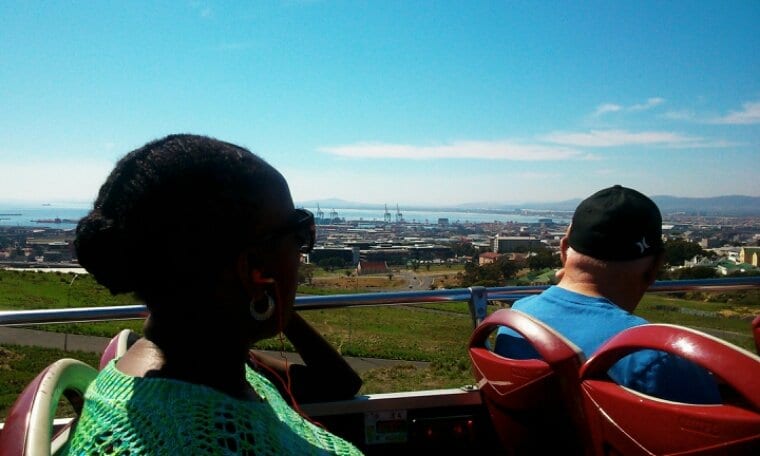 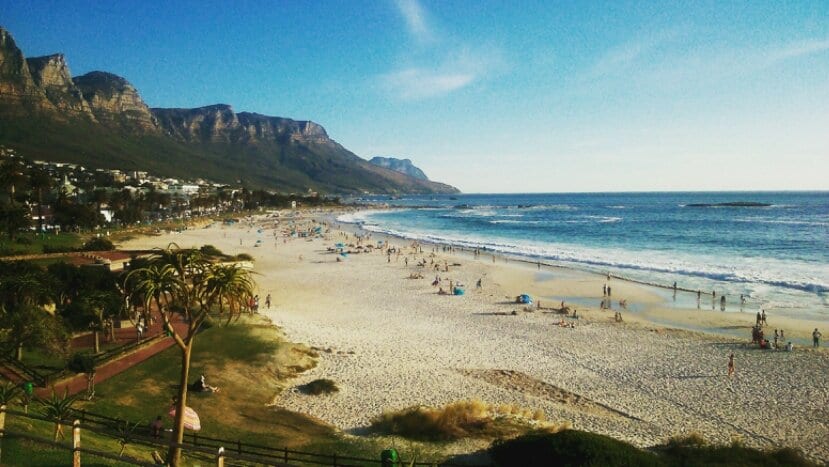 Beyond that,  other  great  stops include:
– World of  Birds (Hout  Bay)
– Imizamo Yethu (for  the  township  tour)