In October 2014, my brother, his partner and I hit the road and headed to Hermanus, a small town in the Western Cape, for some memorable whale watching.

For those who don’t know, Hermanus is fondly referred to as ‘the whale capital of South Africa’ (and indeed the world). Each year, when the whales visit our shores (usually June to December), Hermanus attracts visitors the world over for incredible shore-based whale watching and chartered boat tours.

It forms part of the Cape Overberg Region and is one of South Africa’s oldest seaside towns.

This coastal gem is named after teacher and shepherd, Hermanus Pieters, who settled here in the 1800s. (He came from Caledon in search of better grazing for his livestock.)

We left early and wound our way out of the Mother City, travelling via the N2 and Sir Lowry’s Pass, a really beautiful pass that offers great views of the valleys below.

Note: You can also reach Hermanus via the R44 coastal route, which I love.

Along the way, we stopped over at Peregrine Farm Stall in Elgin. (Now one of my new favourite parts of the country and the Cape).

At this charming farm stall, we enjoyed sitting on the deck, overlooking the old tractors and farm implements scattered characteristically around the yard.

From Elgin, it didn’t take us long to reach Hermanus. As we drove, we passed some gorgeous-looking fruit and wine farms along the way, making for a scenic road trip.

As the first glimpses of the dark aqua waves, breaking beneath leaden clouds came into view, I could feel my excitement building. Inwardly, I hoped that we would see quite a few whales.

I had been wanting to go whale watching for years and it was my chance. Fortunately, as is so often the case in life – on the day, my patience was wonderfully rewarded.

Although I still wish to experience the ‘Hermanus Whale Festival’, I am actually glad that we visited a week prior to it.

Because, even outside of this popular annual festival, the town was certainly not lacking for crowds.

Where and How to Go Whale Watching in Hermanus

Truthfully, during whale season, you can go whale watching just about anywhere along the Cape coastline, even as far as Cape Agulhas. And you can still chance to see these enormous, gentle marine mammals.

However, Hermanus is a real whale-watching mecca. It specially caters to everything ‘whale’-themed.

I particularly love the signage along the delightful Cliff Path. (The Cliff Path is a scenic, 12-km walk that offers well-positioned benches, artwork, viewing spots and natural flora.)

The signs highlight everything from whale conservation to whale behaviour. You learn about things like lobtailing, sailing and the different types of breaching.

They also explain how southern right whales (Humpbacks, mid-sized Bryde’s whales, dolphin pods and even the elusive orcas) journey from icy Antarctic waters to the Cape coast every year to mate, calve – and yes, even to play!

Hermanus Whale Watching: From Shore or By Boat

Although some people go out onto the open water with local boat charters (like ‘Southern Right Charters’, ‘Hermans Whale Watchers’ and ‘The Whale Watchers’) to see these magnificent mammals, we chose to remain onshore.

I was quite pleased about this because the waters were pretty choppy on the day of our visit.

Plus, you can see/film the whales well from the shoreline. Provided you have a decent digital camera, video camera or binoculars on-hand. (At least one of these items is essential if you go whale watching.)

Best of all, it is free to do, unlike the boat trips that work out quite costly.

We took pictures and filmed from the Cliff Path and rocks and we ended up with some pretty amazing footage.

Honestly though, it’s not something you can relive afterwards, not even with the best videos or photos.

I didn’t think I’d be quite so excited – but whale watching is truly one of the most amazing wildlife experiences that I’ve enjoyed.

When we first arrived in Hermanus and explored the Cliff Path and Old Harbour area, the whales were breaching in the far distance. 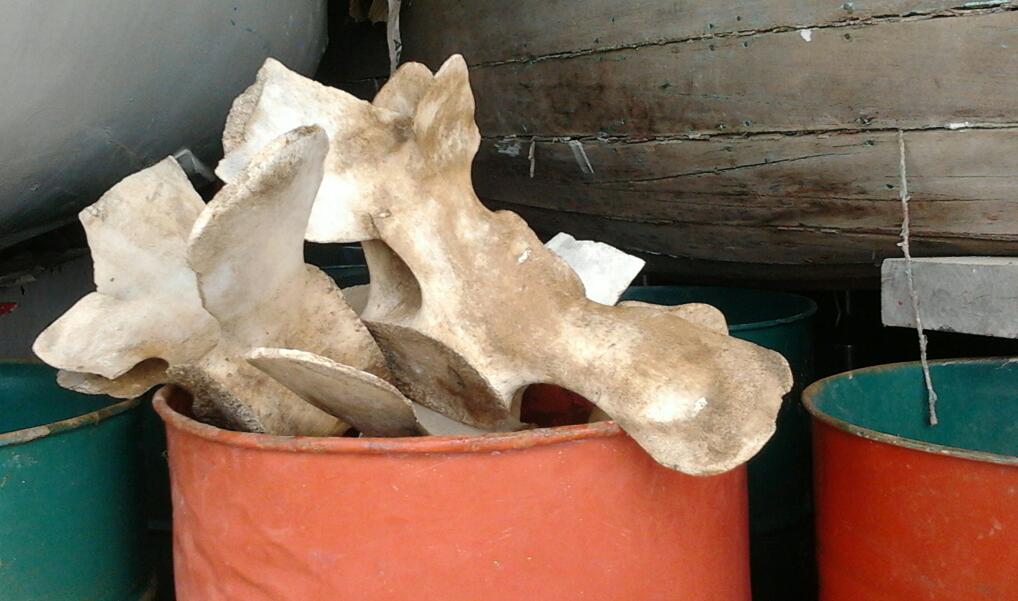 It was only much later in the day, sometime in the early afternoon, that the whales really decided to play ball and came closer to the shore.

Once they did that, though, we were blessed with the full whale watching experience. (Again, patience proved to be a virtue here. 🙂 )

My Frenzied Excitement at Seeing the Whales

I can still recall how, when we drove further into town, I bundled out of the car in my excitement.

As I scrambled over the rocks in a billowing dress and pumps, I was totally oblivious to the cold wind blowing because a whale was metres away from us in the water.

It’s impossible to describe the sounds and sight of it blowing water through its blowhole or splashing that big, lazy flipper against the water.

But it still makes my heart leap with joy when I watch the precious footage I captured in those awe-inspiring moments.

Hermanus Attractions (Outside of the Whales)

Something else that possibly excited me just as much (if not more…) were the ridiculously tame dassies or, rock hyraxes.

These cute, little guys frequent the grassy slopes and rocky outcrops around Cliff Path, Old Harbour and even the area just below Market Square.

We all had a really fun time taking photos of them.

(They look a bit like grumpy rabbits, so you can understand the appeal.)

I also really loved the atmosphere of the Market Square.

True to its name, it offers a wide variety of market stalls. Everything from African arts and crafts and mementos to the awesome, life-sized whale and separate whale fountain nearby. (See what I mean about Hermanus being decked out in everything ‘whale’?)

Outside of this, Hermanus also has some charming cafés, restaurants, hotels and B&Bs.

Most of these overlook the ocean vista that spans from Old Harbour right across to New Harbour.

New Harbour was built between 1939 and 1951 (its completion was significantly delayed by WWII); it lies somewhat on the other side of town, so to speak.

I also love the clean, ‘cobbled’ streets and the modern, chic boutiques and charming little shops dotted about town. Overall, I think we all really enjoyed strolling around Hermanus.

Tip: Also keep an eye out for the naval ‘guns’ and other points of interest in and around the charming, stonewalled Old Harbour.

A Late Lunch in New Harbour

After a few great hours of whale watching, we were starting to get peckish, so we headed over to New Harbour for a late lunch.

Here, we found a trendy, elegant restaurant called Harbour Rock (update: now known as The Rock Restaurant). It overlooks both New Harbour and the expansive ocean.

At Harbour Rock, I enjoyed a few more ‘firsts’ as I sampled prawns (I really enjoyed them) and a warm, positively decadent rich chocolate Belgian ganache for the first time. (Without a doubt, this was one of the best desserts I have tasted).

Our seafood platter and accompanying white wine were excellent.

The service, décor and the views from the restaurant were great too.

As a bonus, we were even able to get more great footage of the whales through the restaurant’s floor-to-ceiling glass windows.

I personally enjoyed watching the whale-watching boats departing from the harbour, as well as the lazy whales breaching fully in the somewhat calmer waters below.

To us, it seemed like the whales became more active in the afternoon – but I don’t know if this is true or not.

All in all, it was a very memorable meal.

After all, how often do you get to watch whales splashing about while enjoying a tasty lunch with fine company? 🙂

After lunch, it was time for us to bid adieu to Hermanus.

I am keen to explore Hermanus more acutely in time.

It offers a multitude of fun outdoor- and nature-experiences (including hiking trails, gardens, wildlife and rock pools).

There is even overnight accommodation in the massive Fernkloof Nature Reserve.

Other highlights no doubt include experiencing the Vogelgat Private Nature Reserve; beach walks along the 18 km Grotto Beach (which stretches from Hermanus to De Kelders) and lastly, visiting one of the many well-known local wine farms, like Bouchard Finlayson Winery or Creation Wines, in and around the area.

We made our way back through Elgin and Sir Lowry’s. Once we reached Gordon’s Bay, we made a quick pitstop for a ‘harbour-side’ cappuccino and took some photos near the beach.

At sunset, we drove alongside Strand’s shoreline and enjoyed seeing the golden, crashing waves and horizon before we finally arrived back in Cape Town.

As a whole, my first proper day spent in Hermanus gets a 10/10 rating.

I have to say I really had a whale of a time (excuse the pun :P).

I know I will definitely be back in the future during and even outside of the annual whale season. And I hope that you can visit the ‘whale capital’ of Hermanus sometime too! 🙂

For more information on Hermanus and its history, local offerings and attractions, please visit: www.hermanus.co.za.

Many thanks to the following sources for the factual information cited in this post:

I would also like to thank my travel companions of Non Stop Destination for the extra photos used herein.

Please note: Some of the above photos were taken using my Sony HandyCam and are thus of a lower quality.